I had not planned to be sitting in the vet’s office first thing Monday morning. My schedule included a conference call,  process documentation, commuting and normal farm stuff in the afternoon. It was the 2nd night of a restless fluffy white dog who yelped in pain when being picked up, and a lack of appetite that drove me to change plans. I couldn’t call to inquire about an opening because of laryngitis; one more thing not on my calendar.

Having lost our 14 year old cairn terrier last year to kidney failure, my mind raced with every imaginable what-if scenario for Scooby. We’re uncertain of his age because he appeared on our doorstep 7 years ago matted, tired and wearing a wire collar.  Yes, a collar made of wire. We think that he may have been a backyard breeder dog, or he lived with someone who had no appreciation for this bundle of fur. At his first checkup,  the vet estimated Scooby to be around 6 years old. So, his official record has him at 13 years old.

I’m thankful for every time that this little fluffball is there to greet me at the door. He is just as happy to see me after 8 hours as he is after 8 minutes. Scooby exemplifies unconditional love. He doesn’t care what you say to him, he just wants to be close to us humans. During thunderstorms,  he prefers to lay on my chest or on top of Jim’s head. He barks at strangers, birds, deer, coyotes, possums, and things that go bump in the night. He doesn’t love us because of how good we are to him, he loves us because it’s his nature.

A dog’s love is the visualization of how God loves us as well. And it’s the fear of the loss of that outward love that can bring us to tears. There’s scientific evidence that petting a dog can raise serotonin levels and thus improve mood in humans.  It’s a symbiotic relationship. 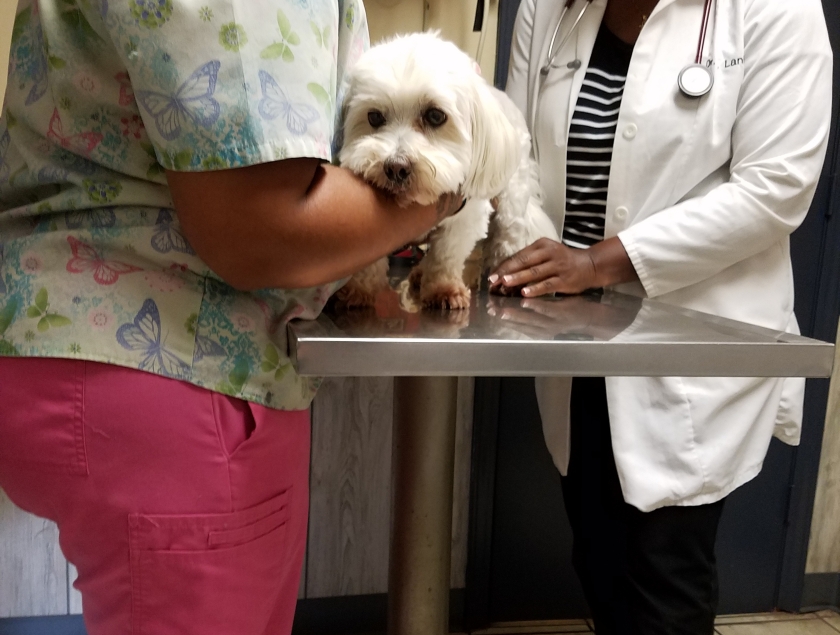 If it was just the dog, then maybe I wouldn’t have been crying enroute to the vet’s office. But how often is it that just one thing goes awry in our daily plans? This was that unplanned, unexpected thing of uncertainty that made me leak tears like a crack in a vase. It was the proverbial straw on the camel’s back. My sister-in-law reminded me that when we turn things over to God, we know that He has things on His schedule, not ours, but that sometimes, she prays to let this next thing be easy.

The vet worked us in to her first appointment and examined my now seemingly improved furball. 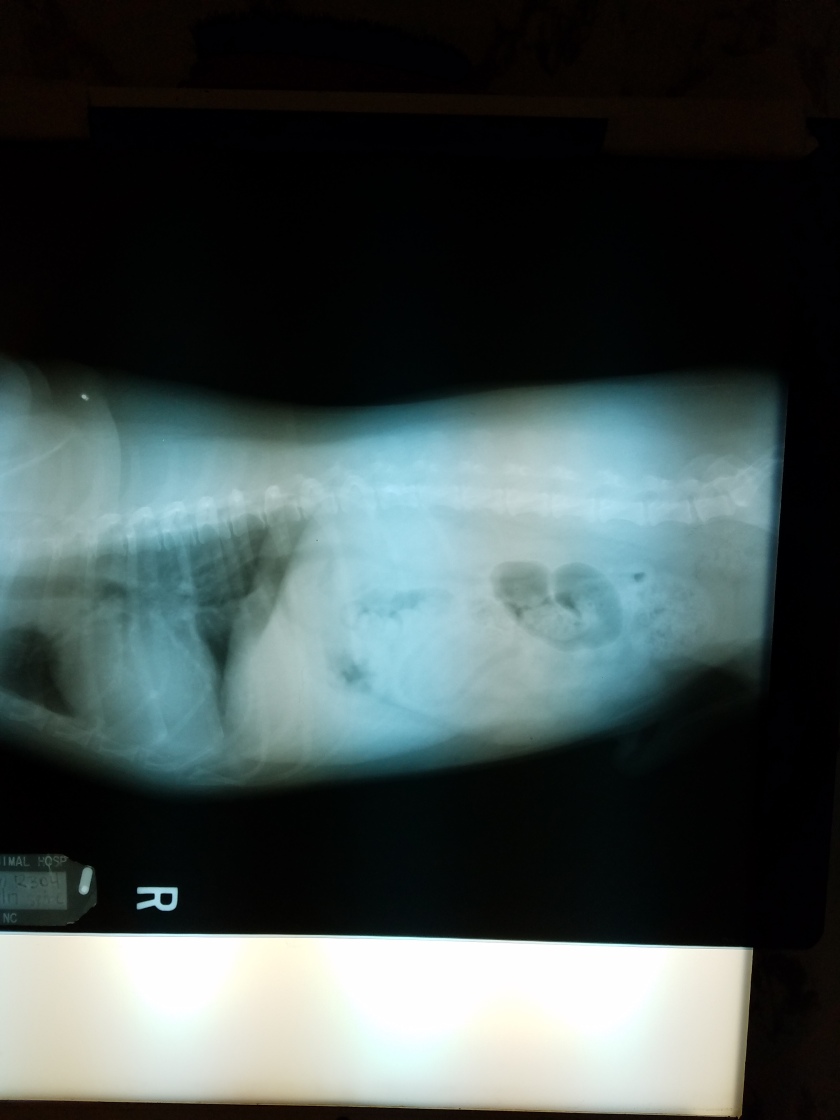 Two x-rays later revealed air pockets in his caecum  (the first part of the large intestine that looks like a reverse comma) which is very painful. Along with arthritis and muscle atrophy from an old dislocation accident, Scooby has early signs of hip dysplasia. So he gets gas-ex and aspirin. In other words, he’s getting old and gassy. Just like the rest of us.

To the vets and technicians who take care of our animals at Crossroads Animal Hospital and Henry River Mobile Veterinary Services,  thank you. 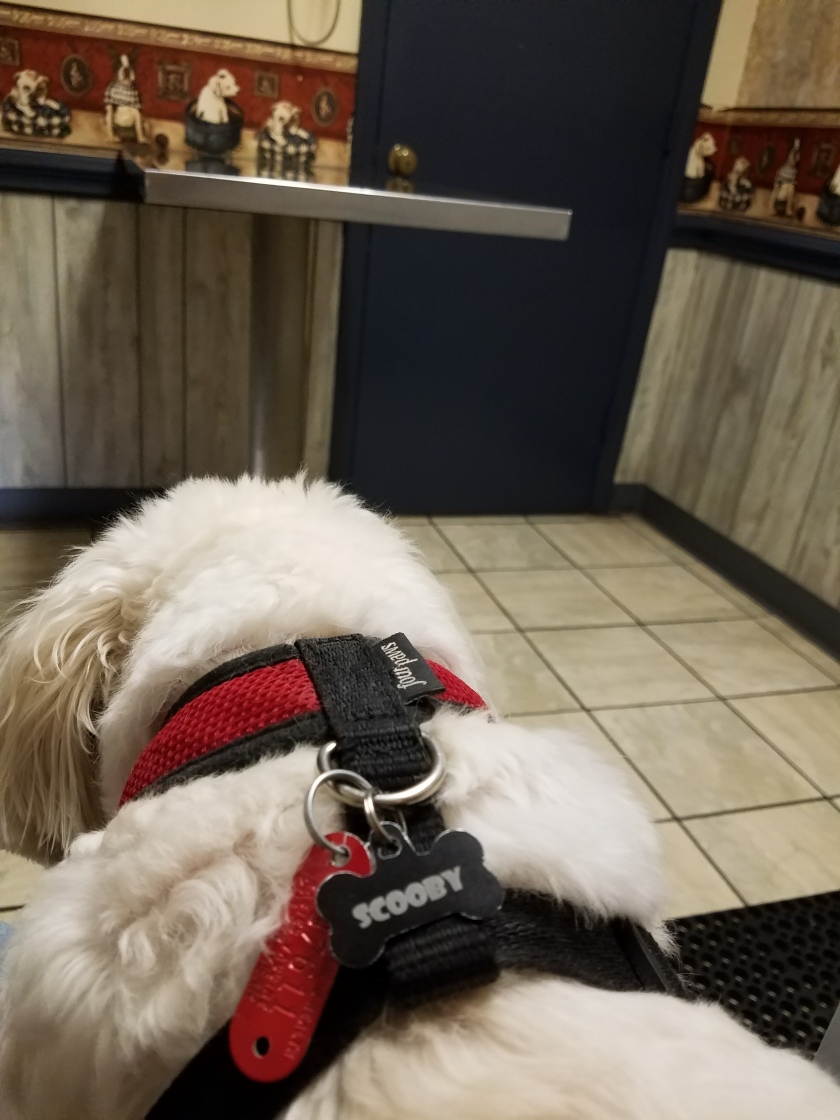