At some point, two years ago, I became known as the “crazy chicken lady”. Last year,  when we added goats to the menagerie,  I gained the title of “Crazy Goat Lady”, and set about naming our herd after celebrities.  Friends and coworkers helped name a few. I’ve studied breeding schedules, feeding schedules, goat health, nutrition, and I’ve helped deliver a few new kids.

Breeding season is in full swing. In my mind, I’m calculating the number of bales of hay required to feed them through the winter, watching for signs of illness and Jim is planning catch pen systems for herd checks and vaccinations.   We’re considering retail sale of packaged meats (processed at an inspected facility) and visioning business strategies to make the farm profitable.

It’s common for me to sit in an operations meeting during the day at the office transforming notes and processes into requirements for developers, then hours later, I’m standing in a barn wearing overalls and shoveling manure or chasing a wayward goat by moonlight. On weekends, I’ve stood in pulpits and in front of groups of women listening to ideas for mission projects or facilitating small group discussions.  At home, I have Gantt charts on the kitchen whiteboard for farm and house projects.

More than once, people have asked, “how do you do it?” And my response is often a shrug and a joke that I don’t sleep much.   Honestly, I don’t know the answer.  I take phone calls by blue-tooth / hands-free while commuting and send emails at times when others are sleeping. Yesterday, I realized that my blog hadn’t been updated in months, actually, since the week before mom had surgery then went into hospice. Funny how illness, death and grief will rearrange schedules and priorities. Life gets in the way. Years ago, I started blogging when we were primary caregivers for my late mother-in-law during during her end stages of life.  Blogging provided an outlet and opened doors for me to join a virtual community of caregivers.

More recently, when I became the farmer-professional-extraordinaire, I had bandwidth and space for sharing about the funny things that happen on the farm and how “city-folk” find my antics amusing. When Mom had surgery a few months ago,  I didn’t have the bandwidth to share with others outside of my inner circle the daily routine of home-work-hospice/hospital-farm-volunteer-commute. Some days, it was all I could do to feed the dog and cat, make coffee,  shower, commute somewhere (hospice,  work, church, home), and repeat.

Coordinating  mom’s care and being there for daddy became my number one priority.  My husband,  my dad, my brothers, my inner circle, my tribe (those close family and friends) … they are what mattered.  They’re still what matters. They’re my world. When someone told me that I needed to remember that other-people-somewhere-unrelated cared about mom and they thought she should get “this or that”, I simply responded,  “I know they are interested. They don’t get a vote. My role is to make sure that she gets the best care, and I will do that to the best of my ability until my last breath.”

I struggled to sift through grief, anger, doubt, and fear, just as others demanded to know why I didn’t pay attention to them. I recognized that I needed to stay connected, but I sought resources to help me deal with the day-to-day crap. There’s a great book by Megan Devine called “It’s OK that You’re Not OK“. I highly recommend it for anyone in the wake of death or for the caregiver sitting in hospice awaiting the last hours, days and weeks.

In the midst of it all, I posted random pictures on social media,  listened to the news, went to work, and somewhere in there, I kept the clothes washed and gas in the car. Thank goodness for Jim… he washed dishes and made lots of meals.

I’m still that crazy chicken/goat lady. Life on the farm still happens, and I’m still amusing city-folk with normal things like having a goat-naming contest for the newest second-hand goats that Jim brokered. At some point in the next few weeks, I’ll finish year-end reports and maybe start sewing tote bags from chicken feed sacks again.

There was an error retrieving images from Instagram. An attempt will be remade in a few minutes. 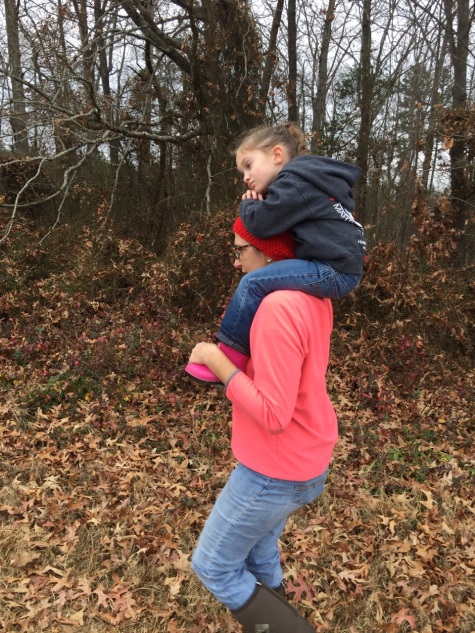 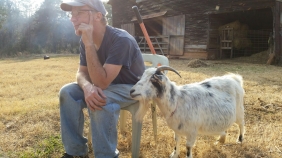 Our Bodies. Our Families. Our Lives. We all have stories we should share. We're more alike than we know.

Keeping Our Family's Bellies and Minds FULL.... One Dish at a Time