We farm-chics stick together, because the things that happen to us are normal to those in our world, but completely foreign to  non-farm-folk.

We all know that the post office handles lots of odd packages…including live baby chicks.  Baby chicks are shipped overnight and 2ND-day air around the country for small and large farmers to raise as organic meat-birds, game hens and egg-layers.  Hatcheries mail baby chicks in ventilated boxes with food in the bottom. These boxes are handled with extreme care and labeled “BABY CHICKS”. It’s when farmers like Audra show up at the post office after working in an office and tells the clerk, “I’m here to pick up the chicks” that it becomes a crap-shoot.  I thought it was hysterical and appropriate at the same time. 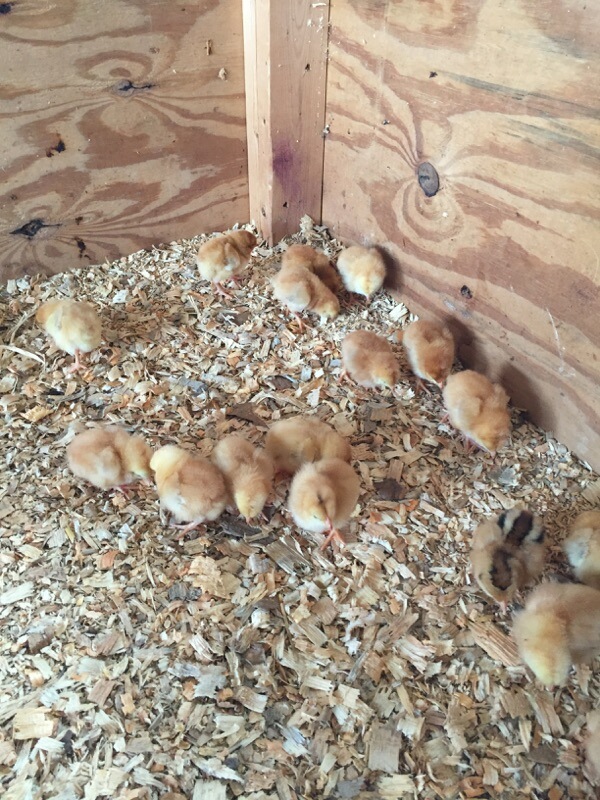 With quippy-farm-wit, we all expect our small-town postal clerk to say, “why certainly, I’ll get them from the back.” Instead, last week, Audra’s clerk asked, “do you have any identification?”  To which Audra replied, “my wallet is in the car. I didn’t really think you’d need my driver’s license to pick up my chicks. I know they’re in the back because I can hear them.”
The clerk replied, “that package is for Ellis Farms. Did they send you?”

Audra said, “I am Ellis Farms and the package is addressed to Rick, he’s my husband and he told me to stop and pick up the chicks on my way home.”

The clerk countered, “We really need for you to provide your ID.”

Proudly, Audra did not lose her religion at this point, but asked the nice clerk, “Is there a chick-theft ring that I don’t know about in our town? How many people show up saying they’re here to pick up the chicks on the exact day and time that we received notification that OUR chicks arrived? I can hear them around that wall. Would you like to call the number listed on the parcel and speak with Rick about me picking up the chicks that he sent me to get?”

The clerk must have caved at some point. Because the clerk returned with a vented box of chicks, addressed to Ellis Farms and the clerk said, “We really need for you to bring your ID when you pick up packages.”

Oddly enough, I was in the same post office not 10 minutes later, to sign for a large envelope…and the clerk never asked me for identification.

So my friends, remain vigilant against possible clandestine chick-theft rings. What strange things have you pick-up at the post office, and did you have to show your identification?

Thank you Audra of Ellis Farms for sharing your story, allowing me to paraphrase when needed, and to share a glimpse into a seemingly simple pick-up that went sideways.