Daddy’s text this afternoon indicated that he found a possible beehive swarm. In my phone call to him as I left the office he requested a brood box, a hive top and bottom, and instructions to pick him up after dark. Cryptic at least, fully instructed at best.

Jim and I arrived after dark with an empty brood box on the back of the truck, and veils and gloves. Oh sure, some beekeepers go into boxes barehanded, without veils, but to me, that is just asking bee stings to the face.

We discovered a new swarm of honeybees, completely moved into an abandoned pair of supers; the section of a standard hive where bees make honey, not where the queen lays eggs or brood (baby bees). Not bad, a swarm in a box was easier than convincing a swarm to move out of a tree. However, a chain had been laid on the abandoned boxes and the bees were beginning to incorporate the chain into the structure of their new residence.

My job at 9:45 pm: move the tractor chain from the bee abode, and add a temporary cover so they can be moved to a permanent location. Oh, and make sure that 10,000 bees stay calm. 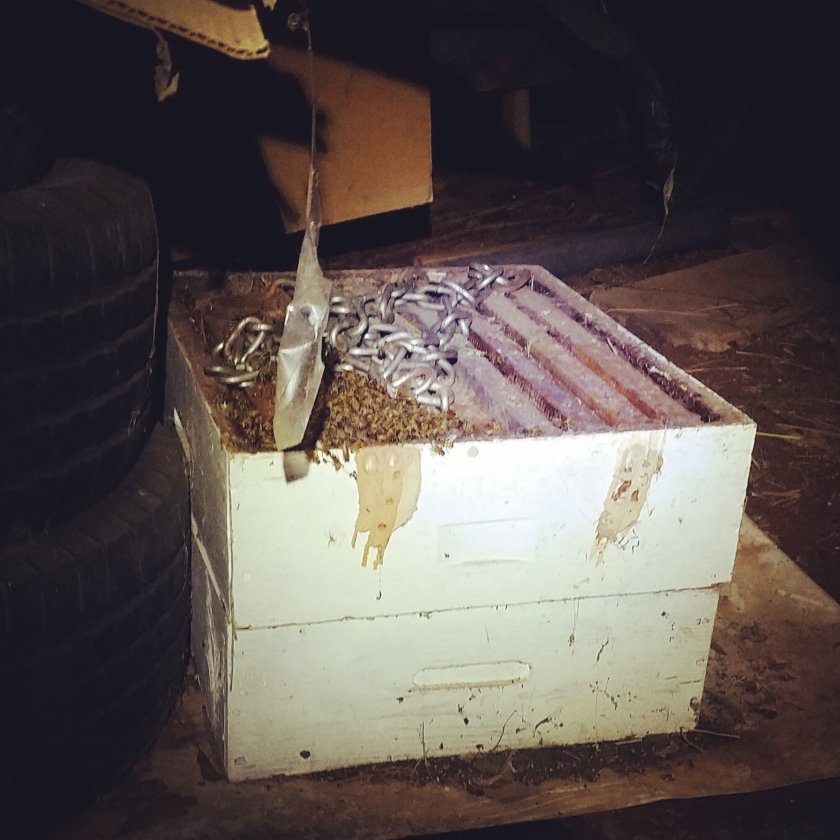 I donned my gloves and veil over my long-sleeved collar shirt. Jim and Daddy provided instructions from a distance, “move the chain slowly” … “just move it quickly and drop it behind the box” … “don’t rile them, the bottom box is full” … “put the top on with the vent down.”

Did I mention it was 9:30 at night, in the dark and that I fought a migraine off and on all day? Truth be told, Jim worked a 12-hour shift, then pulled the box supplies from our inventory, and Daddy had been out working most of the day as well. So we were a bit tired.

Then a bee stung my knee, and the hive activity kicked-up a notch. Slowly moving the chain was not an option. I grabbed what appeared to be the other end of the chain and slung it on the ground. Buzzing amplified round my bonnet and they crawled on my arms and pants. “Now put the cover liner on and leave them until tomorrow .” I ducked away to clear the trailing bees. After a minute or so, I went back to them, put the cover on the new hive and ran.

As I removed my red chicken sloggers to rid my sock of a wayward bee, I asked daddy, “Did Papaw ever get stung?” Daddy replied, “Oh sure. ‘Good for the rheumatism’. At least that’s what Dad used to say.”

I guess that’s better than, “suck it up buttercup.” 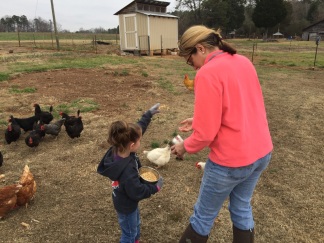 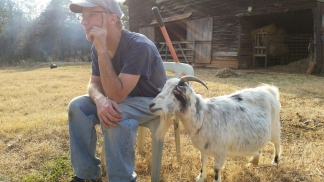 Resources for the Backyard Chicken Keeper